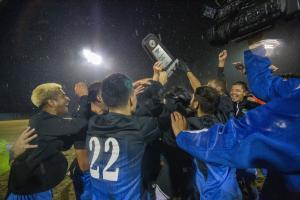 The Oxnard College Men’s soccer team won the California State Championship Title in a match against defending champions Mt. San Antonio College (Mt. SAC) on Sunday with a final score of 2-1. The competition was held by the California Community College Athletic Association (CCCAA) and hosted by American River College in Sacramento. Oxnard College last appeared in the state championship in 2015 when its Condors defeated Evergreen Valley College to claim the title.

The championship title marked the end of an impressive 2022 season for Oxnard College. After an undefeated 10-0 record in conference, the Condors secured their third consecutive Western State Conference (WSC) North Championship Title. The team won 17 games in a row following their only season loss to Mt. SAC in September. During the playoffs, the Condors notched three shutout games and scored a total of 14 goals while giving up only two. They finished the season with an overall record of 22-1-1. 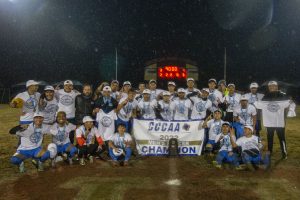 Oxnard College is hosting a celebration event for the community here on campus at the OC Performing Arts Building on Thursday, December 15th. Tacos will be served outside beginning at 5:00 p.m. and the event will start at 6:00 p.m. We’ll have music, speakers, food, and more!

Please consider supporting our men’s soccer program through the OC Foundation. We hope to see you next Thursday as we celebrate our championship team!