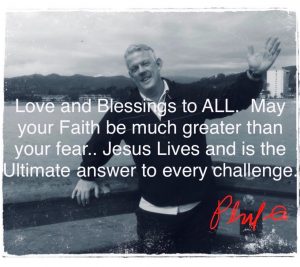 Phil was very gregarious and charismatic with a laugh that filled up the room. He was born in Illinois an only child and raised in Camarillo, CA. Phil was a 1981 graduate of Adolfo Camarillo High School and went on to further his education briefly by attending Moorpark College. He changed directions and decided to enlist in the United States Navy and was selected to train at the Naval Nuclear Power School in Groton, CT.

From an assignment Phil wrote 08/19/2020:
“Hi everyone! My name is Phil Greene. This will be my 5th straight semester at Oxnard College, where I have had the blessing to meet wonderful instructors and very kind and respectful students all along the way. Although I think I am 30 I am not.”

Phil declined to reenlist in the Navy since his first born was on the way. After the Navy, a marriage, and two children (Nathan and Victoria), he found himself in the transportation business. His passion for people and differing days everyday would be realized by driving taxis for 10 years, then limousines for another 15 years. His driving would take him all over the New England states, including New York and New Jersey. Phil had several notable passengers including musician Billy Joel and baseball legend Yogi Berra.

In 2016, Phil moved back to the West Coast to be closer to his mother. He would continue his driving career by taking a driver position with Vista. At the suggestion and encouragement of Bre, Phil’s life partner, Phil would reestablish his college career by first attending Ventura College and then transferring to Oxnard College to join their Addictive Disorders Program to continue his legacy in helping others. Originally working on a Social Work degree, he decided to change to a long-range academic goal of a Doctorate with a Masters in Social Work preceded by a double major B.S. degree. While being a full-time student, Phil was given the opportunity to intern and use his educational work in the industry with employment for Turning Point Foundation. In Fall 2020, Phil became a graduate of Oxnard College with an Associate in Science degree specializing in Addictive Disorders Studies. At the time of his passing, Phil was taking courses at Oxnard College to transfer into the Bachelor of Science program in the California University system.

Phil loved the beach and often would take his zoom classes down by the Ventura coastline. Phil loved his family which now includes 3 grandsons that he would go back to the East Coast as often as possible to visit. Phil was an active member of Calvary Chapel Ojai Valley and its community homeless outreach program. Phil’s family prays that his love of helping others will live on through you.